What are primitive reflexes?

Primitive reflexes originate in utero. They are involuntary/automatic movements essential for the development of head control, muscle tone, sensory integration and overall development.

Primitive reflexes protect a developing fetus and contribute to later, more mature postural reflexes. As a baby grows, primitive reflexes will “integrate” into the growing brain. They will no longer be active as movements become controlled and voluntary.

What causes primitive reflexes to be retained?

Retained primitive reflexes may be the result of many circumstances including:

When primitive reflexes are not integrated it is important to address those missing developmental stages. The movement activities associated with integrating these reflexes will help rebuild those early childhood foundations and create/repair neural pathways. Reflex inhibition programs consist of specific, stereotyped movements practiced everyday for 5-7 minutes per day. Generally these are practiced over a period of 9-12 months.

Although there are many primitive reflexes, we incorporate the integration of the five reflexes that affect the visual system in our program.

Moro Reflex: affects fixation, focusing from near to far, and crossing midline

Moro Reflex is the earliest primitive reflex to emerge, forming a foundation for life and living. Other reflexes tend to impact specific skills, Moro effects the overall emotional profile of the child. It also affects vestibular, oculomotor, and visual perceptual skills. Retained Moro causes sensory overload leading to emotional sensitivity. Often the person struggles to “tune-out” extraneous stimuli, therefore the world seems too bright, too loud, and too abrasive.

STNR Reflex allows the child develop to a quadruped position. The child will begin to defy gravity by raising up/on to hands and knees. STNR plays a crucial role in the TLR reflex as well and forms the bridge from lying to crawling on hands and knees. In addition STNR helps the child develop near/far fixation. With head and arms extended (STNR Extended) the child can fixate on far away objects. Head down with legs extended ( STNR Flexion) the child has a near fixation.

TLR Reflex should be fully present at birth and is thought to be the child’s first response to the forces of gravity. This reflex is seen when moving the child’s head in towards their body (position in utero) causes the arms and legs to also move in. Extension of the head above/below the spine causes extension of the arms and legs. By 6 months of age this is modified so the child will develop head control through oculomotor and head-righting reflexes.

Spinal Galant Reflex is seen when a child feels stimulation on either side of their spine and turns their hips to that side in response. This reflex is what helps the child to travel through the birth canal. Retained Spinal Galant can occur on just one side of the spine or both. When it is retained on one side it can manifest as a “limp” and even contribute to scoliosis.

ATNR Reflex represents the first eye-hand coordination. As visual fixation on nearby objects is developing, the child will begin to reach out towards those objects. As contact is made between the child and the object awareness of distance, touch, what grasp is needed to pick up the object, as well as maintaining visual fixation, are all developed.

★ ★ ★ ★ ★
My husband and I have seen Dr. Neilsen for a few years. We recently started bringing our kids to her as well. My 5 year old is really comfortable with her and her staff. Today, I took my 2 year old in for her first eye exam. She wasn't cooperating with the appointment very well, so Dr. Neilsen took us into the therapy room where they have toys. She literally laid on the floor with my daughter in order to check her eyes. She definitely went above and beyond to get her eyes checked!
~ Linda T.

★ ★ ★ ★ ★
Friendly and welcoming from the moment I walked in! Learned a lot from the owner/doctor as well.
~ Karen H.

★ ★ ★ ★ ★
Big fans of Dr. Nielson! Followed her from her Schertz location to her new office in New Braunfels. My wife and I trust her and our kids feel comfortable with her. New place is great, and we highly recommend her and her team!
~ Cameron T.

★ ★ ★ ★ ★
If you're looking for amazing customer service, I HIGHLY recommend visiting this TSO location. I was a very last minute walk-in on a Saturday. With only 15 minutes before they closed, Erica the office receptionist, told me they would still help me with an eye exam. Misty and Dr. B conducted my eye exam and were very patient and informative about the results of my exam. As I was ready to get checked out by Erica to take care of payment, Misty told me I could pick out some frames even though they were already closed. From there, Queta the office manager, helped me make a selection that I was very pleased with then proceeded to take care of all the extras I wanted for my glasses. Above all, all 4 of these awesome women treated me wonderfully and didn't rush me out the door when I'm sure other offices wouldn't haven't even let me take an eye exam to begin with. Thank you ladies for such kind service!!!!
~ Gabriela M.

★ ★ ★ ★ ★
Found our permanent Optometrist here at TSO Oak Run! Dr. Nielsen and her staff are knowledgeable, professional and wonderful. My wife and I are very pleased with the service we received from their office.
~ Andrew R.

★ ★ ★ ★ ★
My family and I have nothing but great things to say about NVDC. The staff are very professional and welcoming. It was an absolute joy to work with our therapist Erica and the receptionist Erica. My daughter is more confident and her CI has improved.
~ Sharon D.

★ ★ ★ ★ ★
Very positive and enlightening experience! Amazing how much of your motor skills have to do with your CNS! Excited for our journey here
~ Cherie L.

★ ★ ★ ★ ★
We love Nielsen Vision Dveelopment Center. Dr. Nielsen is awesome! And Wendy is sooo sooo sweet and very patient with my children. I can already see improvement from my daughter’s few therapy sessions and our homework. We drive an hour to see them and it’s always worth it. Definitely recommend this center for any eye therapy any person of any age would need! They work so well with small children and explain things simply. I’m excited to see my daughter improve. I’m so grateful to have such a great resource for therapy for my daughter’s eye condition. The staff is friendly and welcoming and very professional. I wish I could give 10 stars! They sure deserve it!
~ Irah C.

★ ★ ★ ★ ★
This office is always professional, consistent, knowledgeable, willing to help, and up front with everything they do. They are teachers and supporters. I am blessed that we have them so close to us. My child has greatly benifited from vision therapy. Wonderful therapists, and you couldn’t ask for a kinder person to greet you at the door in the front office.
~ Ann D. 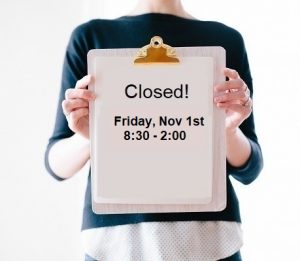